A failure to advise on funding

Home / Knowledge base / A failure to advise on funding

Posted by Jennifer Rhind on 05 September 2017 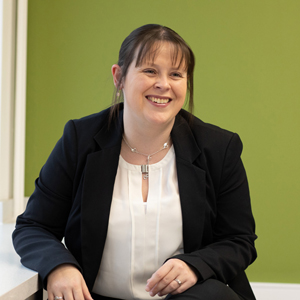 The obligation on solicitors to advise in respect of the different ways of funding litigation applies to commercial entities as well as individuals.

The case below illustrates the approach that can be taken by the Court when considering whether or not to disallow a solicitor’s costs for failing to advise correctly in respect of funding.

Ms Clarke instructed McDaniel & Co in April 2010 to pursue a personal injury claim on her behalf following an accident in June 2007. Ms Clarke entered into a Conditional Fee Agreement (“CFA”) with McDaniel & Co in May 2010. Ms Clarke was dissatisfied with the progress that was being made by McDaniel & Co and transferred her instructions to another firm of solicitors. Ms Clarke’s case was subsequently settled for the sum of £40,000 plus costs.

Ms Clarke disputed McDaniel & Co’s fees and said they had failed to comply with Rule 2.03(d)(ii) of the Solicitors’ Code of Conduct 2007 as they had not advised her of alternative means of funding. Ms Clarke was a member of a trade union. The trade union had confirmed that had they been approached prior to the claim being issued, and had the prospects of success been at least 60%, Ms Clarke would have been entitled to legal representation and would not have been required to pay any costs herself.

McDaniel & Co admitted they failed to advise Ms Clarke properly in respect of the CFA and alternative means of funding. The Court found that McDaniel & Co had breached the Solicitors’ Code of Conduct for failing to enquire as to whether Ms Clarke was a member of a trade union and had therefore failed to make enquiries in respect of trade union funding. Furthermore, they found it was more probable than not that Ms Clarke would have taken the trade union funding and therefore, her liability under the CFA ought not to have been incurred.

It was held that McDaniel & Co’s costs were unreasonable and should be assessed at nil. McDaniel & Co appealed; however, the decision of the lower Court was upheld.

Jennifer is a solicitor in the commercial litigation department.

Jennifer is a solicitor in the commercial litigation department.