Philip practises as a commercial arbitrator.  Philip has undertaken over 100 arbitrations as an arbitrator. He has made over 50 awards, which is quite rare as many arbitrators have completed only a handful of arbitrations to the award stage.

Philip has been appointed to several specialist panels on behalf of the Chartered Institute of Arbitrators and is on the panel of the Law Society and the Institute of Chartered Accountants.

Philip has experience as an arbitrator in international disputes, including Trans-Atlantic disputes.

Philip is a CEDR accredited mediator on the panels of the Law Society, Association of Midland Mediators, RIBA, Talk Mediation and other bodies.

Philip has mediated in a wide range of disputes and has been recommended by major local authorities, national retailers, charities and individuals.

Philip’s experience pre-dates the Housing Grants, Construction and Regeneration Act 1996 because he acted under the 1981 With Contractors Design Form of Contract.  Philip has completed over 100 adjudications as adjudicator.  He is involved in promoting adjudication beyond the field of Construction Contract Law.

"Philip Harris’ knowledge is second to none and I would have no hesitation in recommending them particularly if you are looking for London quality advice but at a fraction of the cost."

With over 30 years of experience as a construction lawyer, Philip has been involved in a wide range of cases and projects.

Initially he specialised in Mechanical and Electrical contracts, dealing with major disputes over projects such as the Trident Base at Coulport, SmithKline Beecham’s Research Facility at Stevenage, and the DH and DSS Headquarters in Leeds.

In 2015 he was involved in a £20 million dispute involving Party-Walls on the Grosvenor Estate in London and in a major dispute concerning the Crossrail.

He acted for a major steel work contractor in 5 adjudications relating to the new Jaguar Land Rover Plant at Castle Bromwich, winning each one.

He drafted a new kind of five year partnering framework for a Housing Association which wanted to work with 3 major contractors.

He is adjudicator on the Construction Panel for the Wakefield Waste Management PFI Project.

Philip has extensive experience relating to the design and construction of process plant and also production lines.  In 2015 he dealt with a dairy, a food products process plant and a waste separation plant.  He also acted as adjudicator in a dispute regarding a distillery in Scotland.

As a party walls expert, Philip has written numerous publications.  He has lectured repeatedly for the Pyramus and Thisbe Club and the RICS and has written articles on Party-Walls procedure and Case Law.

Philip has acted for a major automobile manufacturer in a dispute over their flagship showroom and also advised them on a new car body plant project.

Before joining Wright Hassall, Philip was a Partner in the construction team at Merricks in Birmingham. He qualified in 1985 and worked at Edge and Ellison before becoming a Partner at Neil F Jones, a specialist construction firm in 1988.
Philip obtained rights of audience in the Higher Courts (Civil) in 1994 within months of the solicitors’ rights of audience being created.
Philip became a fellow of the Chartered Institute of Arbitrators in 2000 and a CEDR accredited mediator, also in 2000.
Philip practised as an adjudicator  before the Construction Act came into effect in 1998 and is now on 5 national panels of adjudicators. 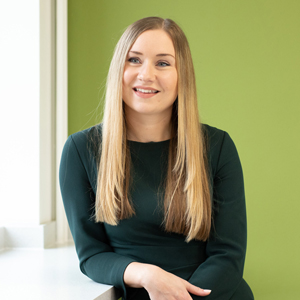